Brands have pulled back on campaigns, as families (largely in the US) remain unsure how and when the new school season will start. In the UK, a large percentage of university degrees are likely to be taught online come September, and the threat of a second wave is still on people’s minds.

According to a new report by Numerator, back-to-school advertising dropped 50% year-on-year in July, with the three categories of school supplies, electronics, and apparel seeing a 50% drop in promotional activity.

Despite brands pulling back on paid ads, research suggests that many are investing more time and effort in back-to-school social content than they did in 2019. According to a new report by Sprout Social, there have been more than 657,000 social messages about the topic of going back to school in the first half of 2020, with retailers increasing their usage of platforms like Pinterest to plan for when the time eventually arrives. Sprout Social states that, for the first half of 2020, overall Pins shared by retailers increased by 104% YoY and Pins reposted by them increased by 84% YoY.

Naturally, the type of conversations people are having on social has shifted from regular back-to-school prep to the topic of health and safety. Sprout Social states that, within the context of back-to-school, the volume of messages that included the keyword “safe” or “safety” reached over 40,300 and garnered a total of 596,300 engagements between 1st January 2020 and 30th June 2020.

As well as the safety measures that retail stores are putting in place, conversation is also shifting to the additional products that consumers want to buy, such as hand sanitiser and face masks. Hence why retailers, such as Typo, are now selling these items alongside notebooks and other standard school supplies.

It's a new world. May as well put flowers on it ???? All proceeds from the @cottononfoundation face masks contribute to empowering youth through quality education and access to healthcare, including vaccinations, pre and antenatal care, the distribution of mosquito nets to prevent malaria, and HIV treatment and prevention.⁣

Elsewhere, brands are highlighting the fact that children and teachers might have to continue to work virtually. Discounts and sales are also another big area of focus, with brands weaving in promotions along with back-to-school activity. Apple, for example, is currently offering free Airpods for any Mac or iPad bought with education pricing. Of course, discounting is a strategy that’s being implemented across the board in retail to encourage consumers to buy, but it’s also being used in recognition of Covid-19’s impact on consumer finances.

Retailers are also recognising that shoppers are more likely to buy online instead of heading in-stores. New research from Aspire IQ states that 2.5x more people say they will shop exclusively online versus last year. Similarly, Namogoo states that 41% of consumers will replace back-to-school in-store shopping with online.

Consequently, online marketplaces like eBay are getting in on the conversation. eBay is positioning itself as an ideal advertiser for retail brands this summer, asking them in a recent blog post to consider the marketplace in relation to ads. As eBay says, “ecommerce will be the go-to destination for all things back-to-school”.

Not all brands are foregoing back-to-school campaigns; American Eagle is one retailer still targeting young consumers with the message.

However, its campaign is different in many ways from previous years, largely because it was entirely directed, shot, and produced through Zoom. What’s more, as the brand states in a press release, “elements traditionally conducted in person took on the form of virtual tutorials, including hair and makeup guidance by artist Allie Smith.”

As well as reflecting new ways of working (to align with social distancing), American Eagle’s campaign also references emerging social trends – specifically the growing popularity of TikTok. The campaign is designed to mirror the style of user generated content found on TikTok, with the 60 second ad featuring both creators and non-professionals dancing to the song, ‘Boa Noite’ by Tropkillaz. According to American Eagle, the campaign is designed to resonate with young consumers, because even though going back school might be different this year, the brand states: “we know that our customers will continue to express themselves through music and dance and that social media will remain the #1 one way they interact.”

While American Eagle’s ad is clearly inspired by TikTok, other brands are using the platform as a marketing channel. Hollister’s back-to-school campaign, which again is similar in tone and style to the content typically seen on the social platform, features TikTok creators Charli and Dixie D’Amelio, and Noah Pugliano.

The ad was also launched in conjunction with the challenge, #MoreHappyDenimDance, which encourages users to share their own version of the dance on TikTok. According to reports, content related to the #MoreHappyDenimDance challenge racked up 2.5 billion views in just six days, proving the potential reach TikTok can offer.

Hollister is not the only brand using influencers in back-to-school marketing. Aspire IQ states that there have been 2.7x more influencers posting about the subject on TikTok than they did last year. Of course, this is likely due to the platform’s overall growth since 2019 (and a bigger influx of influencers), but it’s becoming clear that TikTok is fast becoming the platform to beat for youth-focused marketing.

Campaigns that grasp the nettle

While some retailers like Hollister and American Eagle are taking a lighthearted approach, and deliberately avoiding any direct reference to the pandemic or the impact on schooling – others are choosing to highlight it. The tone is not always sombre or negative, however. Macy’s has rolled out an ad focusing on how different the new school year might look, but with its tagline of ‘let’s be ready’, the brand’s tone is both positive and encouraging.

Meanwhile, retailers like Jansport are taking the opportunity to tackle more serious topics, such as the mental health of young people, and specifically how the coronavirus pandemic might have affected it. According to DMS Insights, Jansport deliberately launched its back-to-school campaign, ‘Lighten the Load’, a month earlier than it usually would have in order to tap into how students are feeling, as well as to coincide with Mental Health Awareness month in May.

For the second phase, rolled out in July, the campaign involves a series of unscripted films, in which young people talk openly about how they are tackling mental health issues. With plans for further live talks on social platforms, Jansport is aiming to continue being a source of support for young people as they return to school, with the recognition that there’s more to be concerned about this year than buying new backpacks.

With consumers still unsure what the school year will bring, it’s understandable that retail brands are also displaying caution – particularly when it comes to investing in advertising.

However, the conversation around coronavirus and its impact on schooling is a big opportunity for brands to connect and engage with young people, perhaps even more so than regular ‘back to school’ messaging, which can seem repetitive and tired.

Plus, with new platforms like TikTok (and the creative input of influencers) giving retailers the chance to connect with target audiences in the platforms they’re using the most – it could be foolish to dismiss this year’s back-to-school period entirely. 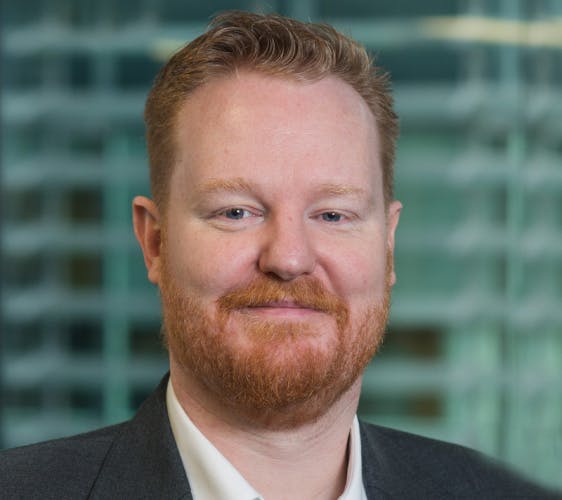 Tony Whittingstall is Global COO at FirmDecisions, the marketing contract compliance specialist. With so much upheaval amongst budgets and planning, we found out what auditing looks like now.

Instagram turns 10 in 2020, and the platform has certainly come a long way since its early days. Once a place for personal photos (mainly of cats and food), it’s now the dedicated home of creative and innovative brand content.