For brands in industries where plastic is an integral (and seemingly unavoidable) part of product packaging – such as FMCG, food and drink, fashion, and cosmetics – an absolute solution seems hard to find.

Throughout the past year, however, we have also seen a number of businesses step up their game, announcing new initiatives and strategies to tackle the problem.

Here’s more on what brands are doing to tackle plastic waste, and how they can ensure the issue stays front-of-mind for consumers in the year ahead.

In a recent survey by ThoughtWorks, 62% of the 2,000 respondents said their main concern for the next ten years is the need to reduce plastic packaging and to use recyclable materials.

Second to this, 57% of respondents cited the price of goods as their main concern. This means that it is the first time the public has perceived environmental issues to be more important than monetary considerations in the context of shopping.

Other research backs up this increasing demand for brands to take action to protect the environment, as well as the desire for them to actively promote their stance instead of just passively putting measures in place.

The Edelman Earned Brand report suggests that 64% of consumers worldwide are ‘belief-driven buyers’, meaning that they would either choose, switch, or boycott a brand based on its stance on societal issues. With the environment one of the biggest issues currently on people’s minds, it seems the brands that do nothing risk forgoing consumer favour. 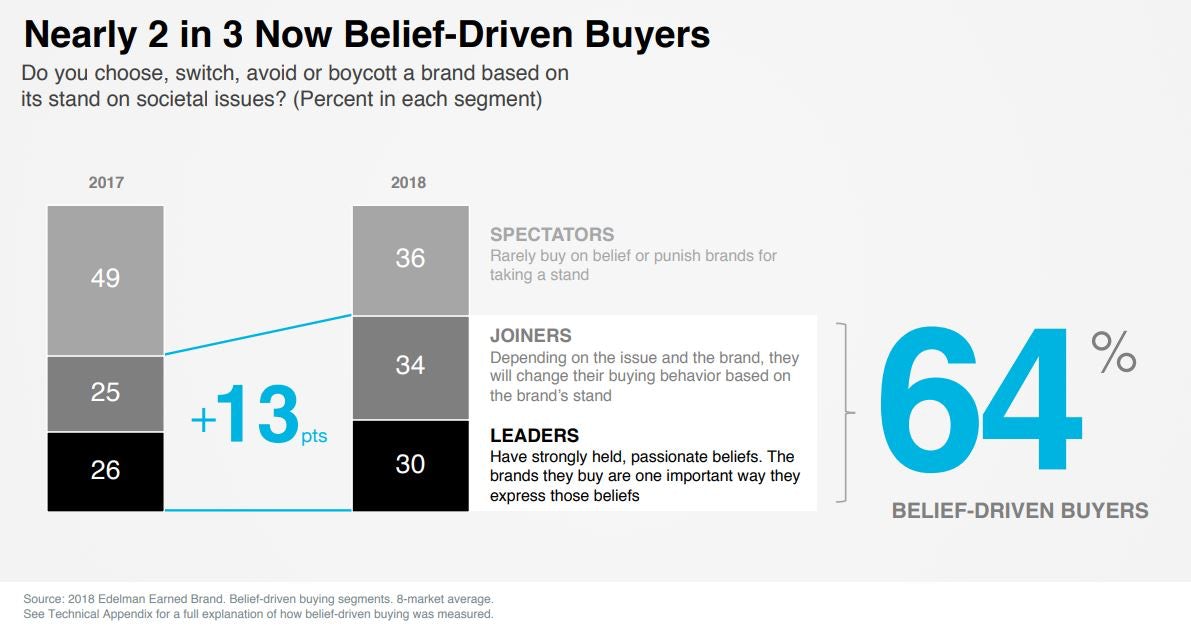 Certain industries are worse culprits than others when it comes to the environment. Take cosmetics, for example, which reportedly produces more than 120 billion units of packaging globally each year. You only have to peruse the shelves in Boots to realise this, with a large number of brands seemingly guilty of going over-the-top on unnecessary packaging, let alone using the bare minimum.

That being said, changes are happening. In January, a nationwide ban on microbeads was put in place. Microbeads are tiny bits of plastic (found in exfoliating scrubs and other cosmetic products) that make their way into the sea and eventually back up the food chain.

Meanwhile, certain brands are doing their bit to reduce the amount of plastic waste they produce. Head & Shoulders launched the world’s first recyclable shampoo bottle this year, made from recycled beach plastic. Men’s skincare brand, Bulldog, also replaced its plastic tubes with sugarcane plastics – made from a renewable source that saves carbon dioxide rather than emitting it.

Of course, it’s not just the beauty industry that’s stepping up. This year, the majority of restaurants, fast food chains, and coffee outlets replaced plastic straws with paper ones. Similarly, with six-pack plastic rings causing significant harm to sealife, beer and other FMCG brands are finding alternatives. Carlsberg has started to replace its plastic rings with a form of recyclable glue, and Corona has followed suit.

Elsewhere, designer fashion brand Stella McCartney has introduced the use of recycled polyester and Econyl (a form of regenerated nylon) in clothing and accessories. The supermarket Iceland has also pledged to remove all plastic from its own-brand products.

Across most industries then, brands appear to be slowly introducing alternatives, and in turn making it easier for consumers to make better choices.

Snap! Today we announce the world premiere of our new Snap Pack. An innovation that will reduce the use of plastic by of 60 million plastic bags. Find out more on https://t.co/4H5LKlRaLN #inpursuitofbetter #plasticwaste #innovations pic.twitter.com/Ry74m5GZ81

Alongside changes in packaging, some brands are also integrating environmental initiatives into wider business objectives as well as consumer-facing schemes. For example, Garnier has launched partnered with TerraCycle to launch “Rinse, Recycle, Repeat” – a scheme that encourages consumers to recycle plastic from personal care products.

Other brands also have incentive-based schemes to further encourage recycling. Mac offers customers a free lipstick when they return five used ones, while Lush hands out free face masks to anyone who returns five empty pots.

Speaking of Lush, the brand is particularly good example of a company that has made its stance on environmental issues a key part of its identity. The company is well-known for its Naked range of products, which are packaging-free, and this year it launched two “naked” shops: one in Milan, and one in Berlin.

Berlin is going naked! The first packaging free cosmetic shop in Germany has opened its doors this morning #LushNaked pic.twitter.com/Jm6qREA9mb

Lush’s environmental policy covers all bases – from paper packaging to the reduction of water consumption in stores. This 360-degree approach reinforces Lush’s reputation as an authentic and honest brand.

This is important to note as, in contrast, some brands run the risk of coming across as inauthentic if they do not follow through or display real intent on the issue. With consumers becoming savvier about corporate responsibility, cursory actions are easier to spot – such as a brand that implements a “recycling scheme” while continuing to use unnecessary amounts of plastic in packaging.

The result could be brands appearing like they’re jumping on the bandwagon for PR purposes. Even worse, consumers could end up switching or boycotting companies for ones that display greater authenticity.

As we look back on the past year, plastic certainly stands out as one of the biggest consumer concerns. Looking ahead, it’s likely that demand for change will continue to increase, meaning it’s up to brands to do more than just ‘their bit’.

Perhaps Iceland, with its plastic-free pledge and politically-charged Christmas ad, is the best example to follow. For a different brand, an environmentally conscious ad might have come across as a marketing ploy. However, in combination with Iceland’s ambitious but actionable plastic-free strategy – it’s clear that the supermarket means business when it comes to environmental issues.

Unsurprisingly, the supermarket has won considerable consumer favour as a result, making ‘Rang-tan’ a contender for the most popular Christmas ad ever on social media. 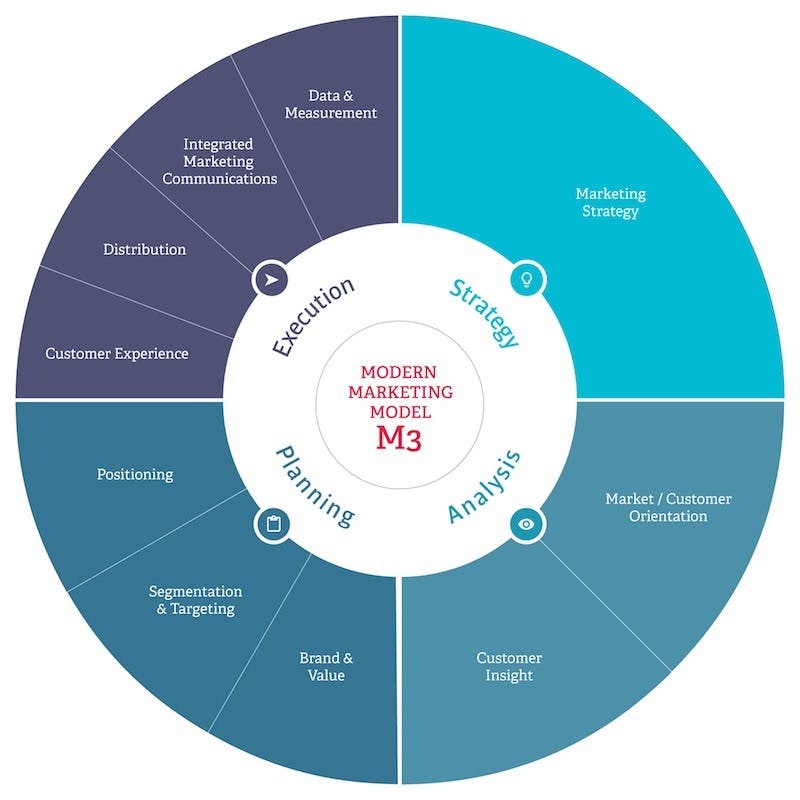 Marketing is having a wandering-in-the-wilderness moment. 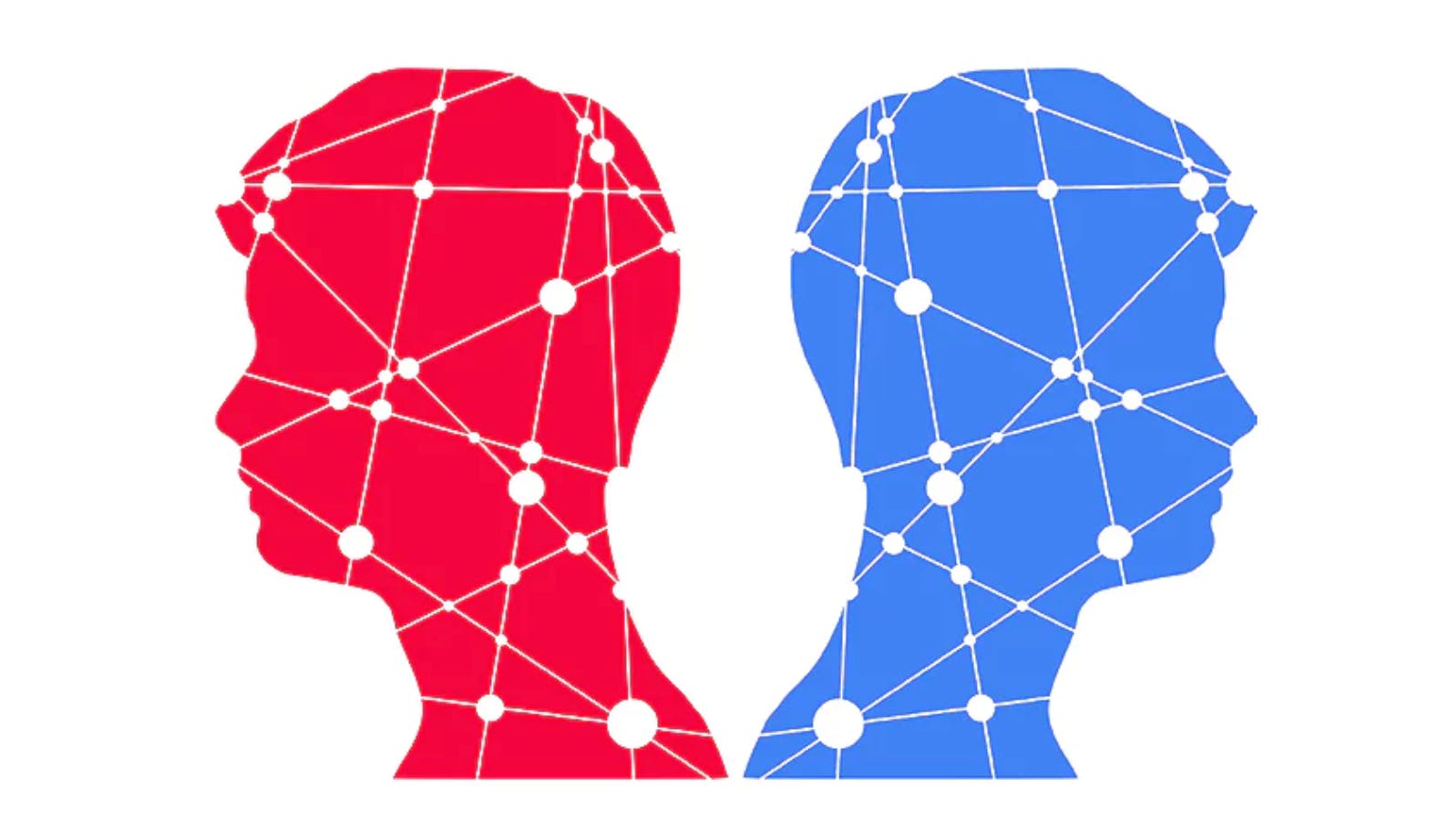 An estimated 10% of the population are born with some kind of cognitive difference (in how they understand language, communication, numeracy etc.) that can result in an exclusion from the digital environment.