Today I’ll be covering mobile app downloads in China, email marketing, CX in the travel sector and much more.

Head on over to the Internet Statistics Database when you’re done for more in-depth data on your favourite digital marketing topics.

Insight from the DMA’s latest report, Consumer Email Tracker 2020, indicates that 45% of over-65s prefer to delay making a purchase via email marketing until they are on a desktop computer.

The majority of consumers aged 45 and over check their emails once daily or more and most often do so using their computer, rather than mobile devices, while the opposite can be said for their younger counterparts.

When it comes to taking action via email marketing, 45-54 year-olds are most comfortable clicking through straight to a brand’s website to make a purchase (36%) compared to switching to a desktop computer (18%) or a tablet (2%). In contrast, those who fall in the 65+ category would much rather wait until they have a desktop computer on hand (45%) than make a direct purchase through the brand’s website via a CTA (15%).

Clearly, GDPR hasn’t reassured consumers in this age range either. When surveyed, 48% of over-65s said that they were no more confident in the use of their personal information and 39% said they were ‘often’ left wondering how a brand obtained their email address. These figures decline with age, but 45-54 year-olds are noticeably more concerned about personal data than those in younger age categories, according to the report.

Chinese weekly app downloads saw a 40% jump during the first two weeks of February compared to average downloads for the entirety of 2019, according to the Financial Times. Over 220 million downloads were reported via Apple’s app store in China during the week commencing 2nd February alone.

These record-breaking numbers are thought to be prompted by Chinese consumers staying at home in the worst affected regions of the country as the Coronavirus outbreak worsens.

Educational apps were particularly in demand, experiencing downloads of more than twice the average rate for 2019 as many schools in the area remain closed. Meanwhile, gaming apps ranked way out in front at nearly 70 million downloads per week as of 20th February, causing an unexpected boost to the global gaming industry as a result. Under usual circumstances, app developers are used to seeing a drop in overall downloads after lunar new year celebrations as people return to work and have less time to spare.

Shares in Tencent, the Chinese mobile gaming giant, as well as New Oriental Education (an online education provider) have surged thanks to this behaviour. However, companies such as Nintendo, which are more hardware reliant, have experienced a fall in shares due to concerns over factory closures and supply chain issues brought about by the virus. 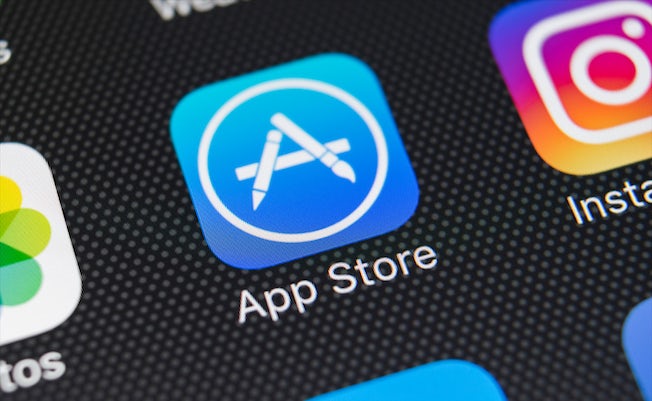 Nearly two-thirds of global travel organisations say that their efforts to improve CX are either ‘average’ or ‘terrible’, a report from Reuters Events has discovered. Just 6% said that their efforts in the area were ‘outstanding’.

Respondents cited ‘budget constraints’ as their biggest barrier to delivering effective CX, as only 49% stated that more budget was being allocated for this purpose, while 42% said that it was staying the same. Ultimately, the majority of organisations believe that the buck stops with C-Suite individuals when it comes to delivering a great customer experience.

So, despite 62% claiming that they take CX seriously, there appears to be some disconnect between attitudes and goals, mostly caused by the lack of resources, funding and outdated legacy systems, among other challenges.

However, travel organisations appear to have hope in the future. Forty-eight percent of respondents said that they expect AI to be the most impactful emerging technology for the improvement of overall customer experience, followed by virtual assistants (29%) and omnichannel engagement solutions (26%). 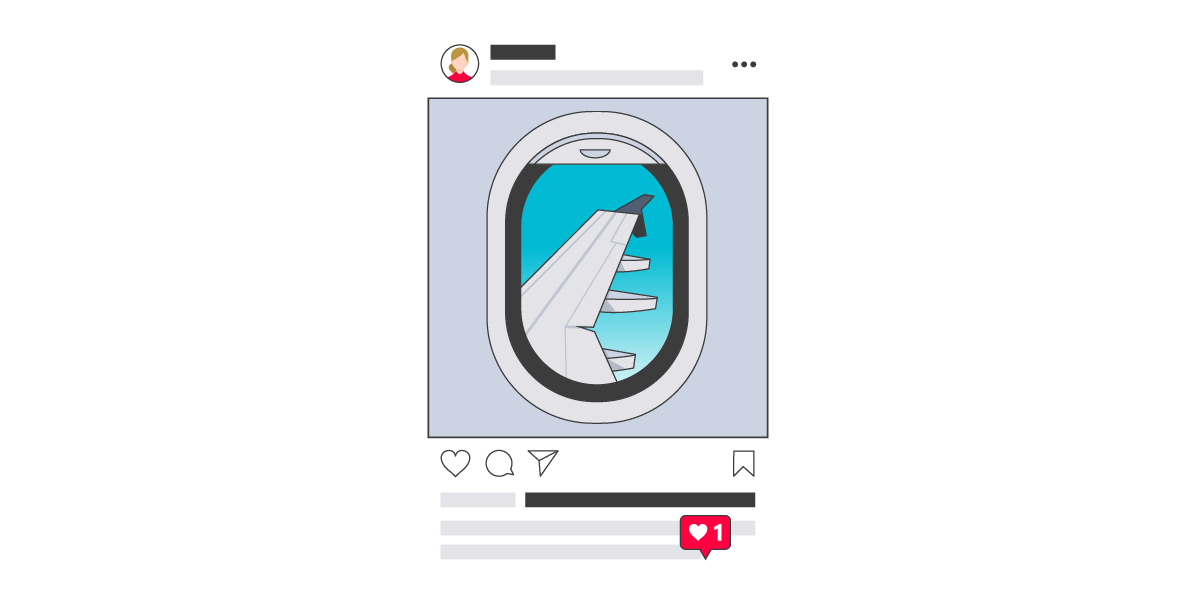 Six excellent hotel websites (and how they encourage direct booking)

Online shoppers were more likely to make a purchase on Thursdays than on any other day of the week in 2019, according to Salecycle.

The report, 2020 Ecommerce Stats, collected global data from Salecycle clients to reveal insights about the ecommerce landscape throughout 2019, leading into 2020.

Average sales volume for Thursdays were measured at around 15%, with consumers purchasing over three million times more than on a Saturday, which ranked lowest at around 12.5%. Moreover, 9pm was the most popular time of day to shop, accounting for a little over 6% of total sales volume.

Perhaps unsurprisingly, the 29th day of each month saw the highest purchase volume, while the 21st saw the lowest, as most shoppers rein in their spending until payday.

Interestingly, APAC and South America saw the largest ecommerce sales growth during 2019 – 25% and 21.3% respectively, but more established markets like Europe and North America slowed somewhat. Mexico came out on top as the region with the highest ecommerce growth at 35%, with India (31.9%) and the Philippines (31%) following in second and third place, contributing significantly to the overall results within their respective continents.

Events such as Asia’s ‘Singles Day’ also played a part in these geographical figures. Purchases on 11th November 2019 accounted for $38.4bn of ecommerce sales in the region, jumping from $30.8bn on the same date in 2018 (more than double the sales of Black Friday and Cyber Monday combined). 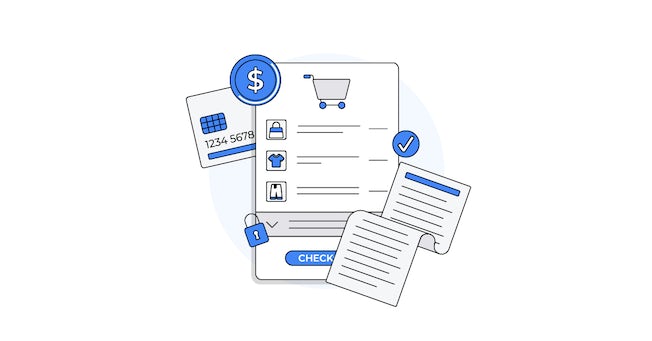 35% of SMBs do not boost their online videos

A global study of small business marketing trends from Promo claims that 35% of small and medium-sized businesses (SMBs) do not boost their online videos, instead relying on organic reach. However, those that do are most likely to spend up to $500 per month (41% of respondents), and 12% spend between $500 and $2000.

Facebook ranks as the top-used channel, with 83% of SMBs stating that they use it to publish videos and 54% stating that it is the most high-performing channel for their content strategies. Instead, Instagram came in second place, despite its popularity and quantity of visual content, with 63%, followed by brand websites (55%) and YouTube (52%).

As for frequency, 30% percent of SMBs stated that they posted one piece of video content per week on their marketing channels and a further 26% post one on a monthly basis. Just 7% of those surveyed said that they posted daily videos.

Perhaps most surprisingly, only 2% of companies said that they used short-form video app TikTok, and even fewer used Snapchat (1%). Both are two of the most well-liked social platforms amongst the younger consumers of Generation Z, and this data raises concerns that SMBs may not be able to reach these audiences as effectively as they potentially could do by adding it to their marketing arsenal.

Data from GlobalWebIndex suggests that as many as 70% of internet users in the US and UK think that technology will help them to manage their health and wellbeing in the near future.

An average 36% of consumers across all age ranges stated that they currently use the internet to research health issues. Zeroing in, 55-64 year-olds have used the internet for this purpose the most (42%), while fewer individuals from younger age groups have done so (for example, 31% of 16-24 year-olds). The research also found that more mature respondents in the 55-64 year old category base their medication purchase decisions on online information and recommendations/ratings.

Among the findings, respondents said that they would find it helpful to book doctors appointments online (51%), access their past health information (50%), and be able to speak to a doctor using online phone or video call (50%), among others. A tiny 6% do not think any technologies would help them to manage their health and wellbeing more effectively.

While conducting video call appointments is now an option available to individuals in some regions, 55% of those surveyed stated that they had not yet tried it out, but were keen to do so in the future. One of the most appealing benefits of doing so was, unsurprisingly, that it was more convenient than an appointment as a physical location (63%), as well as that it ‘frees up their time’ (55%) and offers ‘better appointment flexibility’ (52%).

It appears that demand is high for better and more widespread online healthcare technologies, with consumers noting the many benefits they bring. Perhaps this will give healthcare companies the incentive to ensure their online services become just as commonplace as, for example, online grocery shopping. 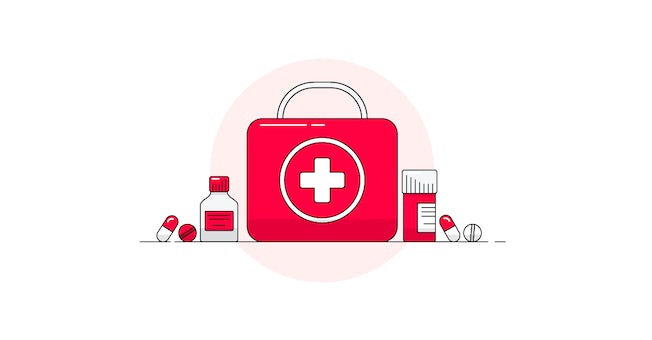 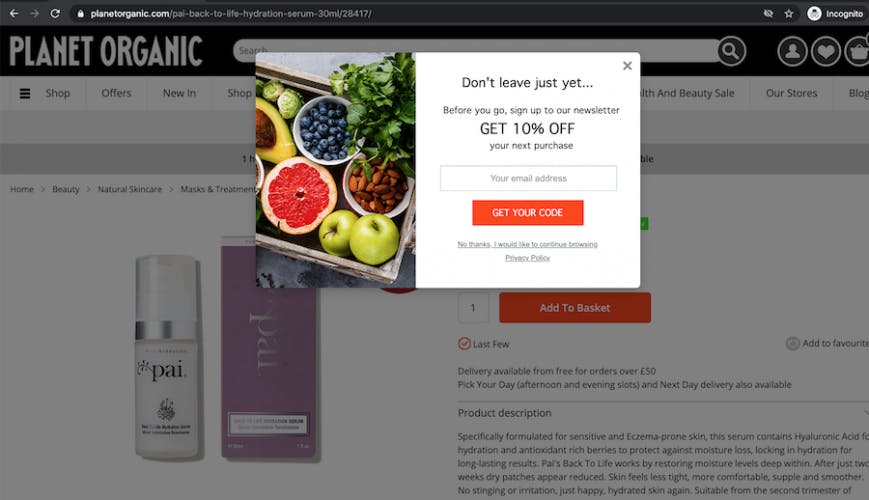 Marketers might sing the praises of social media, or find success with SEO – but email remains the ‘unsung hero of digital marketing.’